Crush is a male sea turtle and a character in the upcoming film Disney's Finding Dory. He is the father of Squirt.

"Crush and his son Squirt just might be the coolest turtles in the ocean. They're always happy to lend a flipper to a fish in need. Cruising the ocean for more than a hundred years definitely has its advantages."

Crush is a large turtle with a mottled green-brown shell and brown flippers. He has several large brown spots on his cream-colored forehead and his eyes are green. He is much larger than his son, Squirt. 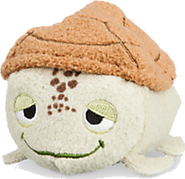 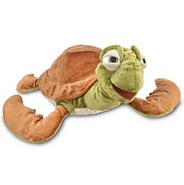