Gerald is a male sea lion and a minor character in Disney's Finding Dory.

Gerald is seen briefly several times throughout the film. He is constantly trying to sit on Fluke and Rudder's favorite rock, much to their annoyance. He is shown to be slightly off - intelligence-wise - and has a special connection to a green bucket, which Fluke and Rudder trick away from him and use to help Marlin and Nemo. He is also seen to be somewhat sneaky, revealing that he might not be as dumb as he seems. 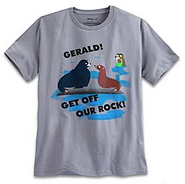 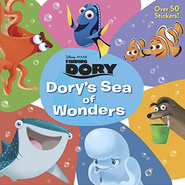 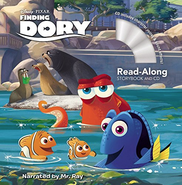